Health Advice for the Older Generation 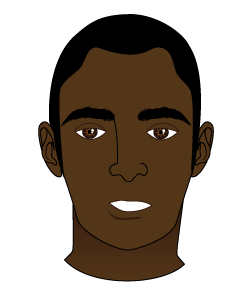 When my parents moved in with me and my family, I expected a little stress. What I didn't expect was that I'd be constantly worried about their health. There are so many problems that affect seniors, it seemed like my mum and dad were facing a new issue every week! I realised that the only way I'd stay sane is if I started learning more about the medical needs of the elder generation. My research has given me so much peace of mind about my parents, so I've started this blog to share my advice on how people can stay healthy in their later years. I hope you'll find it useful, whether you're a caregiver like me or in your golden years yourself.

A cataract is a cluster of protein cells that caus …

If you have never experienced eyesight problems, t …

Read More
How To Maximise Your Retirement
30 October 2019

So, you have finally finished with the rat race of …

Nuclear medicine tests are a highly useful tool in the diagnosis and treatment of a range of illnesses including heart disease, bone infections, tumours and cancer progression. They are both safe and painless. Small amounts of radioactive substances known as radiotracers are injected into the patient's bloodstream, ingested or inhaled. This radiotracer travels through the bloodstream through to the area being examined then emits gamma rays that are detected using a special camera that is called a gamma camera. The images are then viewed on a computer screen and analysed.

Technetium-99m is the most commonly used radioactive tracer, used in millions of medical diagnostic procedures every year. Not only is this radioactive tracer safe but it also has a relatively short half-life, allowing data to be collected rapidly whilst keeping the total radiation exposure of the patient quite low.

Bones: Nuclear medicine can effectively be used to detect fractures, infections and arthritis. Additionally, it can be used to visualise the progression of bone tumours.

Brain: Neurological disorders such as dementia and Alzheimer's disease can be detected in their early stages using nuclear medicine. Furthermore, seizures, memory loss and blood flow abnormalities can also be detected.

Cancer: Nuclear medicine is widely used to determine the stage of a person's cancer including its spread and response to treatment.

Only radioactive tracers approved for safety and performance are used clinically. The nuclear medicine physician selects the tracer most appropriate for a patient's particular medical problem. Only very small amounts of tracers are used in order to minimise patients' exposure to radiation.